Over 40 Children Paralyzed by Vaccines in ONE Village

I am so glad (not!) that we have people like Bill Gates to make sure vaccines are funded for African children.  I am not alone in that perspective but there are brave people like Christina England, a U.K. journalist and author who alone is reporting about the unspeakable harm that international vaccination programs bring to the children of the world.

On December 20, 2012, a vaccination tragedy hit the small village of Gouro, located in northern Chad, Africa.  According to the newspaper La Voix, out of 500 children who received the new meningitis vaccine MenAfriVac, at least 40 of them between the ages of 7 and 18 have become paralyzed.  Those children also suffered hallucinations and convulsions.

Since this report, the true extent of this tragedy is coming to light, as parents of these vaccinated children have reported yet more injuries. The authorities in the area are shaken, as citizens set fire to a sanitary administration vehicle in a demonstration of their frustration and anger at the government’s negligence.

At the end of her report England asks:

How can at least 40 children become paralyzed after receiving a vaccine, and no news organizations provide coverage of this disturbing situation?  The media has gone completely silent.  There appear to be no reports of this incident on any government website.  The only available information, apart from this one newspaper report, appears to be buried on a small blog titled, “Le blog de Makaila,” which has been reporting regular updates on the situation.

Where are statements from the involved organizations – WHO, GAVI, PATH, UNICEF and the Bill and Melinda Gates Foundation?  Why has this vaccination program not been suspended?  What are these organizations going to do about the atrocity that has happened in Gouro?

Emma is a little six-year-old girl who is suffering from severe vaccine damage that has been verified by several leading experts.  Emma is totally paralyzed and unable to move any part of her body.  She cannot speak and breathes with the aid of a small tube inserted through a tiny incision in her windpipe called a tracheotomy.  (The picture above is Emma at around age two.)

Instead of the help and compensation her family should be receiving, Emma has been stolen by the state and spends her days in what her mother describes as a “dreadful institution for the disabled.”  Instead of the support Emma’s mother needs to come to terms with what has happened to her daughter, she has been accused of trying too hard to find answers and get the professional help that she believes her daughter needs.

I wrote in “Vaccine Damages Are No One’s Illusion” that India has seen three vaccine disasters in 2010, resulting in four deaths after the measles vaccine and six deaths after the HPV vaccine.  Also, in 2010 Poland became the only country to reject H1N1 vaccines. 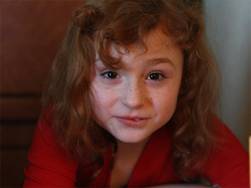 It is clear that vaccine damages can be life-long and cost a fortune to the family as well as the state.  Medical officials still say there is nothing to worry about, but when we look under the hood of vaccine dangers and damages we find a completely different story.